This month we have customer successes in drag racing at Santa Pod and the British Hillclimb Championship; a major software update; and NTDASH upgrades in Tip of the Month.

Want to change how you receive these emails? You can update your preferences or unsubscribe from this list.

July was another successful month for DTAFast.

In the drag racing world, Paul Bargate won the VWDRC Summer Nationals at Santa Pod at the beginning of the month.

At the British Hillclimb Championship round at Doune, there were class wins in classes I, J, K1 and K2 for DTAFast Powered cars. 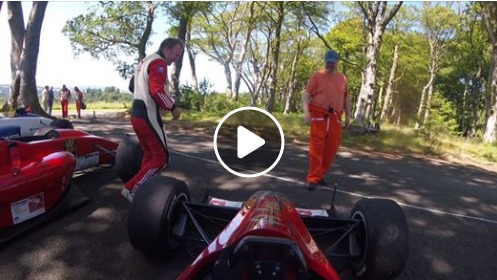 We have released a major update for all ECUs. Version 86.01 is the first version where the old and new software are directly comparable.
The new software also has a built in help file. Simply press F1 on any screen to be taken directly to the help for that window. Alternatively, select the Help menu for more options.

Tip of the month

There have been several upgrades to the NTDASH.

The page up button can now be assigned to any data table entry, freeing up digital pin 1 if required.

There is now a page down button as well. Both buttons can be assigned any data table value to trigger them, such as a button on the CAN keypad, or a physical button.

Downloading the existing config on the dash is also now enabled.

There is also a comprehensive user guide on our website here.

There are now NTDASH configurations for the Link G4 ECUs, as well as MegaSquirt ECUs.

If you are using a PDM in your car made by MoTeC or ECUMaster, it’s now possible to link the warning LEDs and messages to the NTDASH to warn the driver of PDM problems.